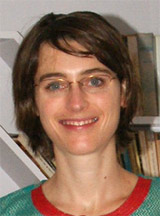 Claire Gallien holds a position of Lecturer in the English Department of the University Paul-Valéry Montpellier III and works for the Research Institute on the Renaissance, the Early-Modern Period and the Enlightenment (IRCL, UMR 5186). Her first book, published this year, deals with the interactions between popular and erudite cultures of the East in eighteenth-century England, and is entitled L’Orient anglais (SVEC: 2011). She is currently working on the construction of orientalist knowledge and is particularly interested in the question of cultural transfers and in the relationships between British orientalists and Eastern scholars and the role of these exchanges in the production of orientalist knowledge from the seventeenth century to the beginning of the nineteenth century.