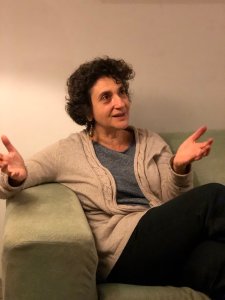 Marie – Hélène Zérah is a Research Director with the French National Research Institute for Sustainable Development (IRD). She holds a Ph.D. and a HDR (Habilitation à Diriger des Recherches) in Urban Studies. She was the head of the urban dynamics research team in the Centre de Sciences Humaines of New Delhi between 2009 and 2013. She has worked extensively in the area of urban infrastructure, urban governance and urban democracy in Indian cities. Her recent research interests are focused on the role of small towns in the urbanization process and the question of urban energy governance.

She has published a book on the question of water access in Delhi, co-edited a book on the Right to the City in India, and in 2017 co-edited a volume on Subaltern Urbanisation in India. She is part of the editorial board of Geoforum and the Series Editor of Exploring Urban Change in South Asia with Springer (http://www.springer.com/series/13432).