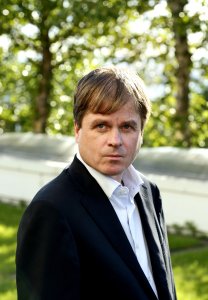 Valur Ingimundarson is Professor of Contemporary History at the University of Iceland. He is the Chair of the Historical Institute and EDDA – Center of Excellence in Critical Contemporary Research at the University of Iceland and an Associate Fellow at the Royal United Services (RUSI) in London. He was a Visiting Professor at the EHESS in Paris in the spring of 2012. He has written scholarly works on Icelandic Foreign and Security Policy, U.S.-European Relations, the Politics of Memory, Arctic Geopolitics and Contemporary Post-Conflict Politics. He received his Ph.D. in History from Columbia University in New York. His latest monograph is entitled The Rebellious Ally: Iceland, the United States, and the Politics of Empire, 1945-2006 (S. Louis and Dodrecth: Republic of Letters Publishing).