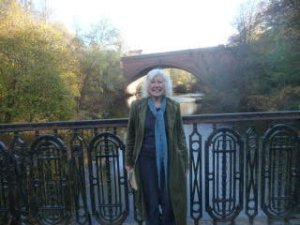 Bridget Fowler is an Emeritus Professor of Sociology at the University of Glasgow, specialising in social theory, Marxist-feminism and the sociology of culture.

She has had a long-term interest in the thought of Pierre Bourdieu, whose ideas she has taken up in various articles and books including The Alienated Reader (Harvester Wheatsheaf, 1991); Pierre Bourdieu and Cultural Theory: Critical Investigations (Sage, 1997), and an edited volume, Reading Bourdieu on Society and Culture (Blackwell, 2000).

She has also applied Bourdieusian theory quite extensively, including to the study of obituaries (see The Obituary as Collective Memory, Routledge, 2007), and to the cinema (see Bourdieu, Field of Cultural Production and Cinema: Illuminations and Blind Spots in ed. Guy Austin, New Uses of Bourdieu in Film and Media Studies, London, Berghahn, 2016). She continues to work on Bourdieu, as well as on his collaborators, such as Luc Boltanski, and on his students, notably Gisèle Sapiro.