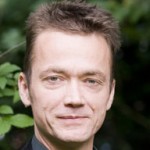 Eric Florence, assistant Professor at the Department of Modern Languages and Literatures at the University of Liege, obtained a PhD in social and political sciences at the University of Liège (Institute of Human and Social Sciences). He is currently a Researcher at the Centre for Ethnic and Migration Studies (CEDEM) at the University of Liège. His research focuses on the identification and representation processes of rural migrant workers in South China. During the last ten years he has also taken part in several research projects on international migration at the Centre for Ethnic and Migration Studies (University of Liège). He is the author of a number of scientific publications in the field of migration in Europe and China. Among his recent writings is “Migrant workers in the Pearl River Delta: Discourse and Narratives about Work as Sites of Struggle”, in Media, Identity and Struggle in twenty-first century China, Vanessa Fong and Rachel Murphy (eds.), Routledge, 2009 and Towards a New Development Paradigm in Twenty-First Century China Economy, Society and Politics (Eds. Eric Florence and Pierre Defraigne, Routledge, Series: Comparative Development and Policy in Asia, 2012 – 232 pages.