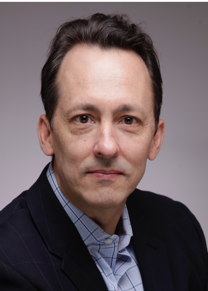 Journalist Floriano Filho is the Coordinator of Higher Education of the Brazilian Legislative Institute (Interlegis), Federal Senate of Brazil. In 2019 he was a postdoc fellow at the National Sun Yat-sen University with a Taiwan Fellowship, researching the Political Economy of Energy Security in Asia and in Taiwan. He holds a PhD in Development and International Cooperation (University of Brasilia, with fellowships at Johns Hopkins’ SAIS, and at the University of Tokyo’s ISS) with a focus on Japan and China strategic relations. He holds an M.Sc. in Broadcast Journalism from Columbia University (‘91), an M.A. with distinction in Communication Policies from the University of Westminster (London, ‘01, with a Chevening scholarship), and an MBA on Digital TV from the Federal Fluminense University (’16, Rio de Janeiro). He was also a Monbusho research student in Hitotsubashi University (Tokyo, ‘93), researching the Japanese information society, and a Reuters Foundation fellow at the University of Oxford (Global Trade of Digital Content).

He was previously a Washington DC-based correspondent and special reporter for TV Brasil. As a video journalist, Floriano covered the 2008 US elections, the financial crisis, and Guantanamo. Specialized in the political economy of energy and the environment (oil, gas, biofuels, the Amazon forest), he is also a 2012 award-winning journalist with a human rights documentary. In 2007 he was a Fulbright-APSA senior Congressional fellow in Wash. DC., giving various talks on Brazil and Latin America in US universities (Texas A&M, PanAmerican, College Station, NYU, FIU, Tulane, Xavier, CUNY). Other TV features he reported and directed include the global geopolitics of biofuels; biotech in Brazil and in the USA; sustainable biodiversity in the Amazon; oil and gas in the Brazilian Amazon; and the Japanese cultural industry. Some of his visits to China included the 2015 International Environmental Summer School at Tsinghua University; the Hongqiao International Business Media & Think Tank Forum in Shanghai in 2018; and the 2019 Forum on the Development of Tibet sponsored by the State Council Information Office (second visit to Tibet).