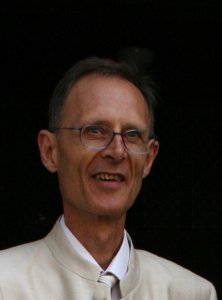 Paul Demont is Professor of Greek Language and Literature at the Université Paris-Sorbonne (Paris IV), where he is also Director of the “Ancient and Medieval Worlds” Doctoral School. Among his publications are La Cité grecque archaïque et classique et l’idéal de tranquillité [The Archaic and Classical Greek City and the Ideal of Tranquility] (Paris, Les Belles Lettres, reprinted 2009) and, with Monique Trédé, a translation and commentary on Plato’s Protagoras, accompanied by a collection of articles on Protagoras (Le Livre de Poche). His research is concerned with Archaic and Classical Greek literature, the history of ideas in ancient Greece, ancient medicine and the reception of antiquity. His webpage.