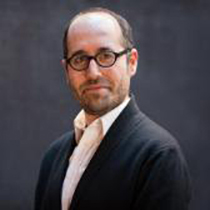 Daniel Lee is a Vice-Chancellor’s Fellow in the Department of History at the University of Sheffield. His first book, Pétain’s Jewish Children: French Jewish Youth and the Vichy Regime, 1940–42 was published with Oxford University Press in 2014.

He is currently working on two projects. A first on the Jews of Tunisia during the Second World War and a second on the life of a low-ranking SS Officer whose personal papers were discovered recently hidden inside an armchair.

As a BBC Radio 3 New Generation Thinker, Lee is a regular broadcaster on radio.