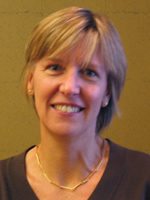 Alice L. Conklin is Associate Professor of History at Ohio State University, where she specializes in the history of nineteenth and twentieth-century French colonialism. Her recent publications include In the Museum of Man: Anthropology, Racial Science, and Humanism in France and Its Empire, 1850-1950 (Cornell, forthcoming 2013), and a co-authored work, France and its Empire since 1870 (Oxford, 2010). Her first book, A Mission to Civilize: The Republican Idea of Empire in France and West Africa, 1895-1930 (Stanford, 1997) won the 1998 Berkshire Book Prize.